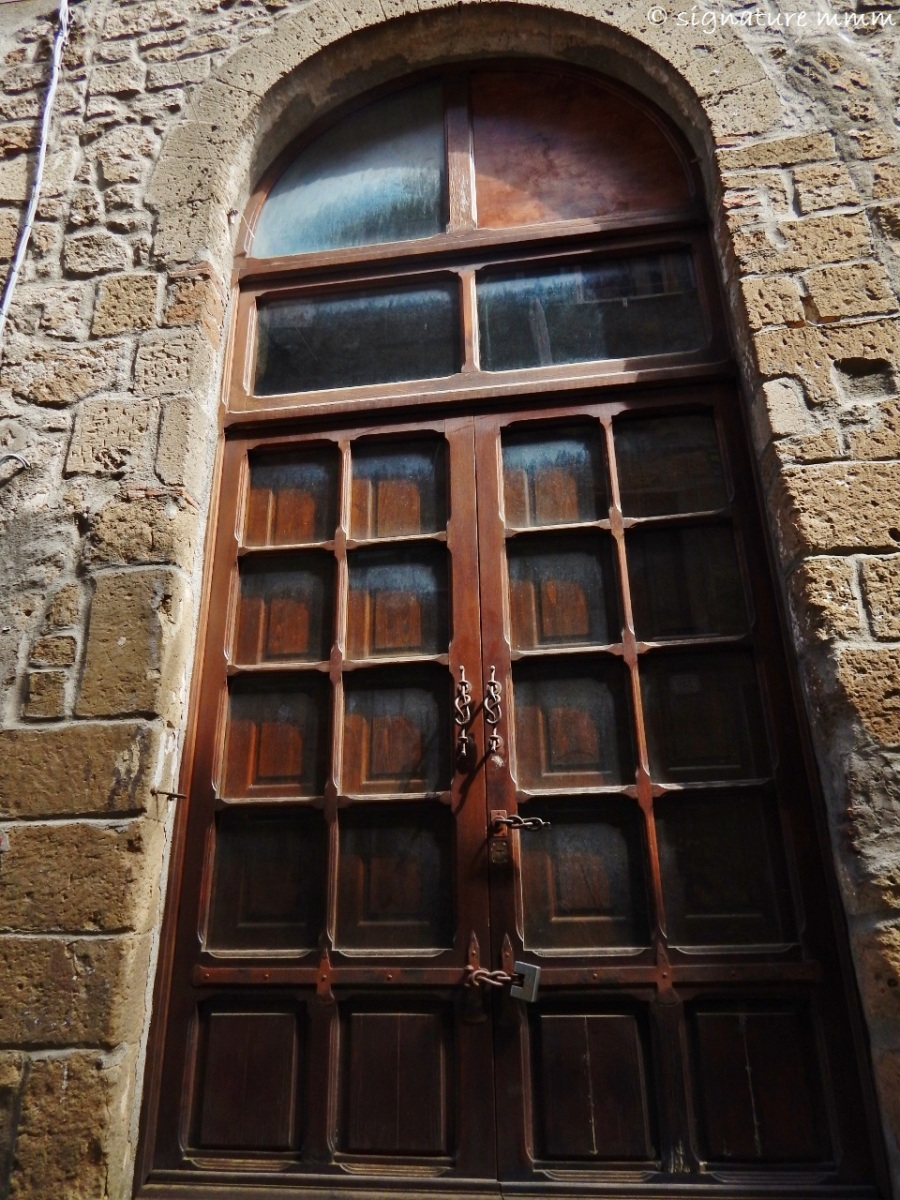 I don’t how many of you know this but I have a huge love of doors and windows. I think they symbolise hope or maybe the idea of magical portals that can sweep you off your feet if you have the courage and heart to walk through them or climb into them or just take the time to look and see, when it comes to windows.

These photographs metaphorically knocked me off my feet with their beauty. I hope you enjoy them as much as I did.

Pitigliano is a fascinating town, but its doors have a secret: they are out to get you.

It is called “Little Jerusalem” since it has a well-preserved Jewish section with a synagogue. Like some other towns in vicinity, such as Sovana and Sorano, it is built from volcanic ash (“tufo”).

A while back I showed you some unexpected doors from our hike through a “Via Cava”, an Etruscan system of channels just out of town the use of which has still not been established.

Today here are some doors with a perfectly clear use: to be opened and closed. They are old, sometimes mouldy, and they come at you at every corner. I think this visit last April was the one that made me feel the most overdoored in my life. It was hard to concentrate, make a selection, choose. The doors did that for me instead. The second part will follow in due time.